I tried to upgrade my Ubuntu from 15.04 to 16.10, but the power went out in the middle of unpacking the packages. When I tried booting it up, I got

I thought this was because of the incomplete upgrade, so following some suggestions provided by answerS here, I ran

or something along that line, and the system started redownloading some of the packages. When it finished, I was in a hurry and turned it off right away (so I wasn't paying much attention as to whether the upgrade was really finished or not).

This morning when I tried to boot into my Ubuntu the screen goes blank and this appears. 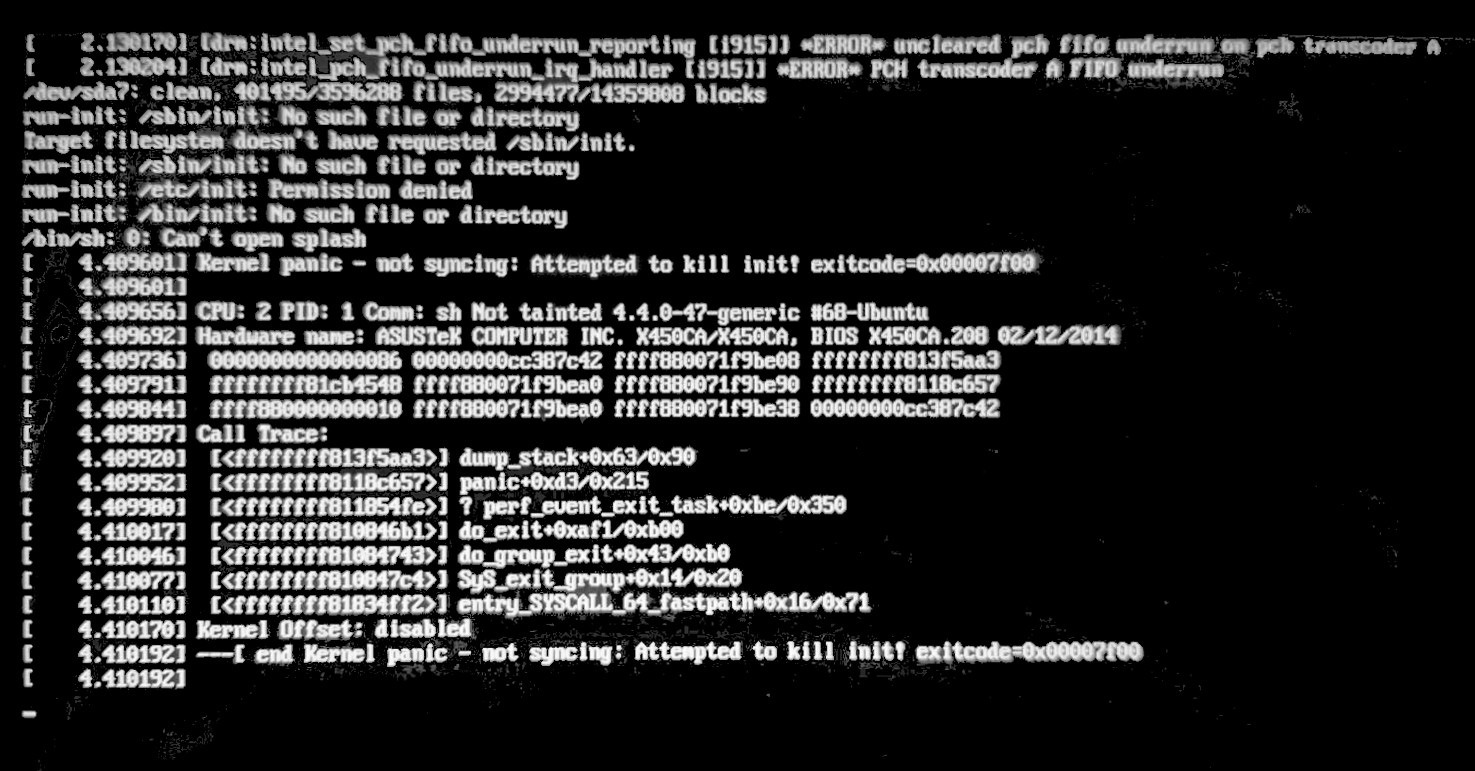 I have no idea what that means, looked it up but so far no clue. What should I do?

P.S.: I'm no expert in Ubuntu or Linux in general.