Is Not Installed (Residual config) safe to remove all?

In Synaptic Manager I noticed I had a lot of packages in that list, and was wondering if any shouldn't be removed for some reason? Or if that is all safe to be removed. Is it possible that some should be kept, or does that show useless packages that should be cleared?

I have ran sudo apt-get autoremove but they are still there. (Also clean & autoclean) 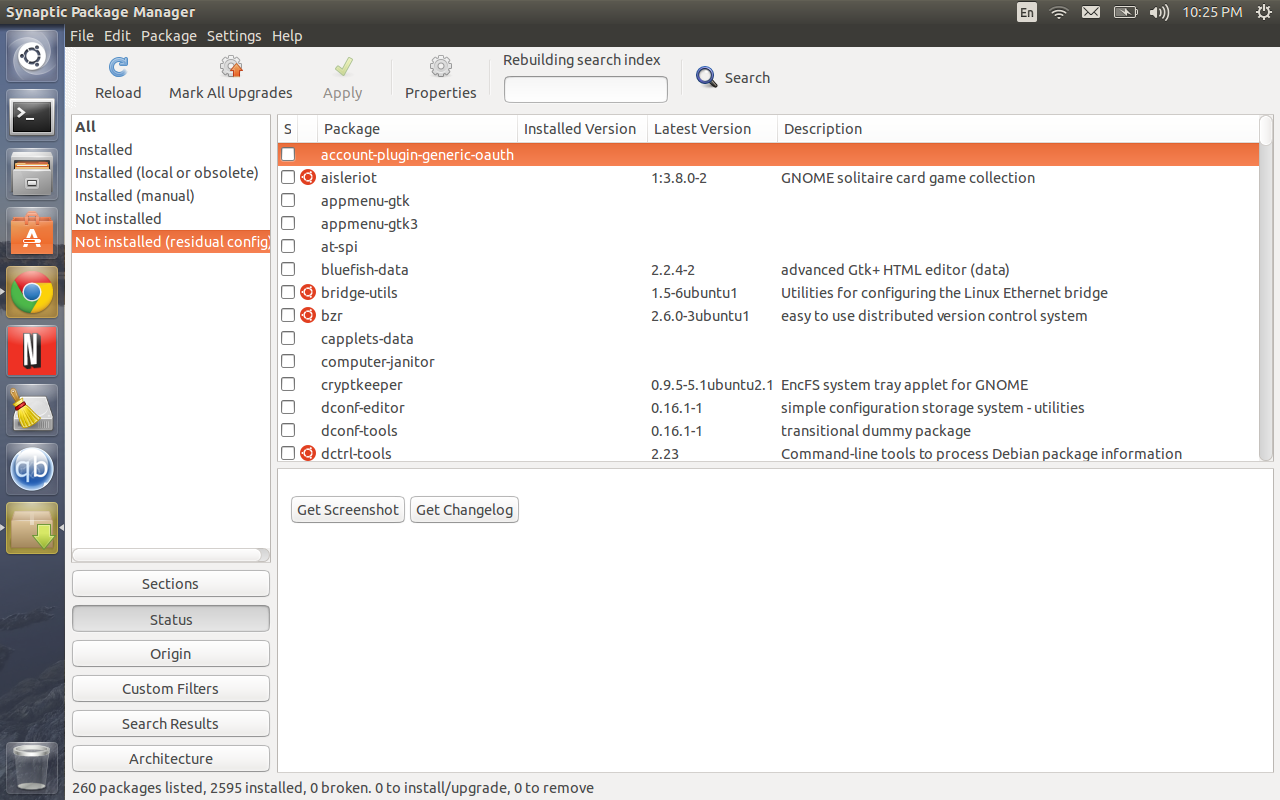 Those listed package are just those that have configuration files that hasn't been removed. Unless you are planning to reinstall the packages again, and want to keep the configuration, yes, you can remove them safely. In synaptic, you can purge them by selecting them all, use the Package menu, then Purge. You can do this from the terminal too:

As this question merged to here, there is need to provide some information which may helpful

So, when you remove package(s) usually by using Ubuntu-Software-Center or by sudo apt-get remove, it leaves its configuration files on system.

So, Run following command from terminal:

This will removes configuration files from removed package.