My father is trying to move into Ubuntu, and has been playing around for a few months now. This morning he told me that the PC had crashed, and sent me these pictures: 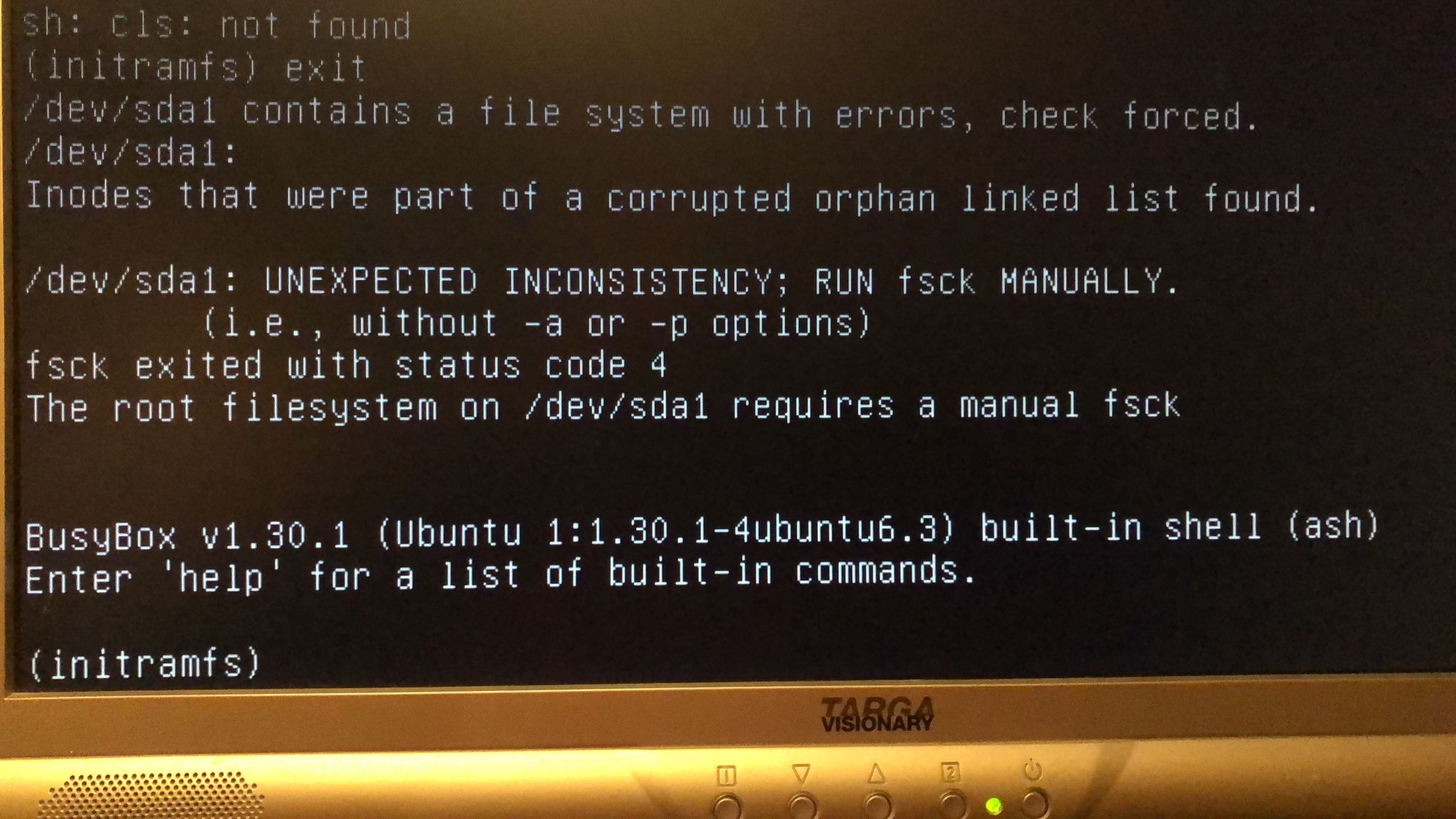 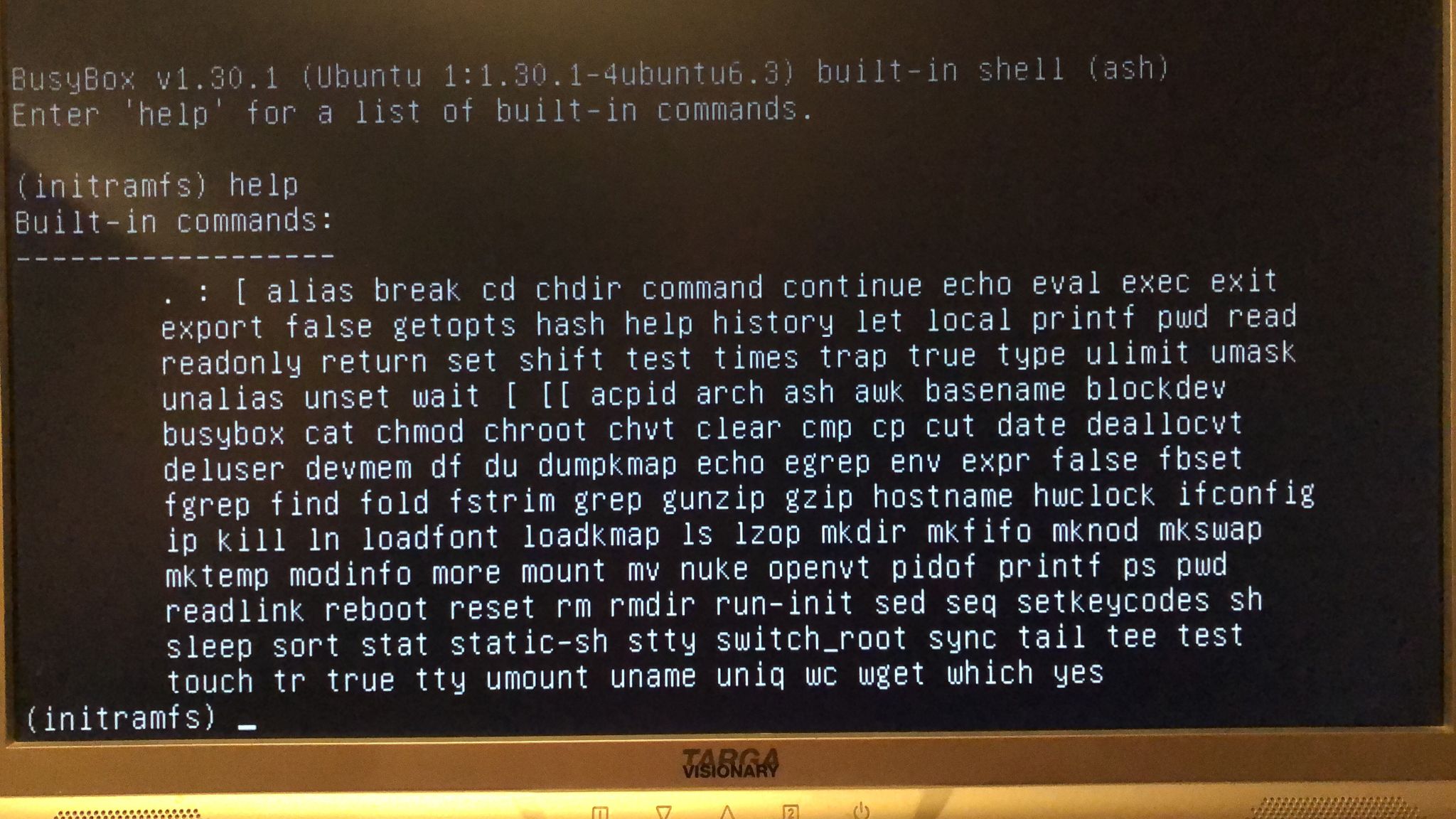 Depending on how bad the problem is with the disk, there may still be hope to recover most if not all of the data.

The thing says that the problem is on the /dev/sda1 partition, which is the root filesystem.

With Ubuntu, it's a traditional choice to install the root filesystem in one partition, while installing user data, the so-called home filesystem on another, dedicated partition.

If this user-data-oriented home section is indeed located on its separate, dedicated partition, then there is a very high chance of full recovery of data.

If however the home section was installed together with the (now-problematic) root filesystem (on the same partition), the outlook may be quite different.

One thing to keep in mind: it's best to exhaust all options at copying the data out before running the fsck repair utility on a partition containing user data, because there is some chance that fsck ends up not being able to repair the partition, and then it would leave you in a worst state than before.

So it's a kind of all-or-nothing with fsck.

Update on this last sentece: according to high number of upvotes on this answer (suggested by @steeldriver), there seems to be a decent chance that fsck can deal with the problem.

Nevertheless, even in the case of success, there should be a lesson learned, and from then on important data should be regularly backed up to an independent device.

For the data recovery attempt, I would use a Live USB device, the one, or a similar one, that was used to install the OS in the first place.

These Live USB installer devices have a function: "Try Ubunutu without installing". If you use this feature, it gives you an Ubuntu operating system running on the computer that's operating entirely from the USB device, bypassing the faulty hard drive.

While using this USB-provided OS instance, it is possible to "mount" (connect) the internal HDD's partition that contains the user data (if it's indeed a dedicated partition separate from the problematic root filesystem). From then on it would be only a matter of attaching another storage medium to which the files can be copied.