Where is the NFC hardware located?

I noticed that certain Samsung batteries say "Near Field Communication" on them. 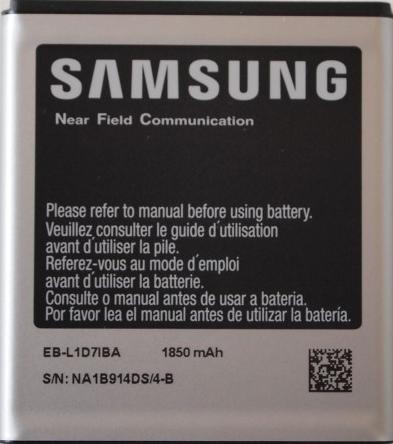 Is the NFC h/w located in the battery? Does it differ by the manufacturer of the Android device?

A friend of mine claims (for Samsung devices) that only the antenna is located in the battery, and the rest of the NFC tag is located inside the phone, but has no evidence to back up his claim.

In this specific case your friend is correct, but it can probably vary somewhat.

We'll take the Galaxy Nexus as an example since it's a reasonably accurate internal representation of the other Samsung devices. The iFixit teardown helpfully identifies all of the major components of the device and their function. In step 5 they remove the wrapping from the battery to expose the NFC antenna underneath. Later, in step 12, they identify the NFC controller on the main motherboard.

Putting the controller itself on the battery is perhaps possible, but I'd imagine it is not really realistically feasible. For one, it would probably increase the fabrication costs of the batteries an unacceptable amount (the antenna, conversely, is likely not very pricey). It would also require the battery to have some non-standard and comparatively complex circuitry to transmit data from the controller to the motherboard, whereas the antenna is basically served by a simple conductive contact to pass the signal along. This is mostly conjecture, though - I'm not an electrical/hardware engineer (I don't even play one on TV).