While I never had problems before with my Android phone, suddenly one day when I was connecting my phone to the PC via USB it stopped working. Both my PC and my phone didn't detect each other. Strangely enough, it can still charge with the USB cable connected.

I tried the following with no results: 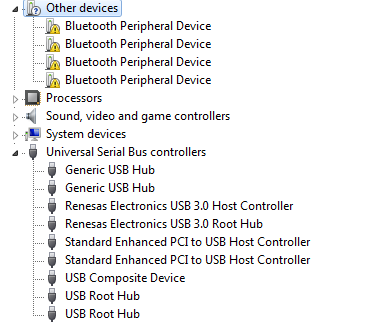 I'm using Windows 7 64-bit, and my phone has Android 5.0. I tested with a Samsung, and LG, and a Huawei but neither worked.

Do you have any idea or advice on how to solve this?

At the end, the problem suddenly faded away before even trying one of the previous solutions. This discards a problem with the USB connection, the phone, or the USB drivers from the PC.

My best guess is that a hidden update or a background program (of which I'm unaware of) was causing the problem, so if anyone has a similar issue, by best advice is to follow the advices of updating the drivers, restoring to a previous state, or just switch ports until finding one that works.