I want to backup my sd-card, before using it in my new phone. So I used a card reader to connect it to my Windows 7 notebook. Sadly the partition is not mounted to a drive letter, altough I can see it to be free of errors in the disk management. 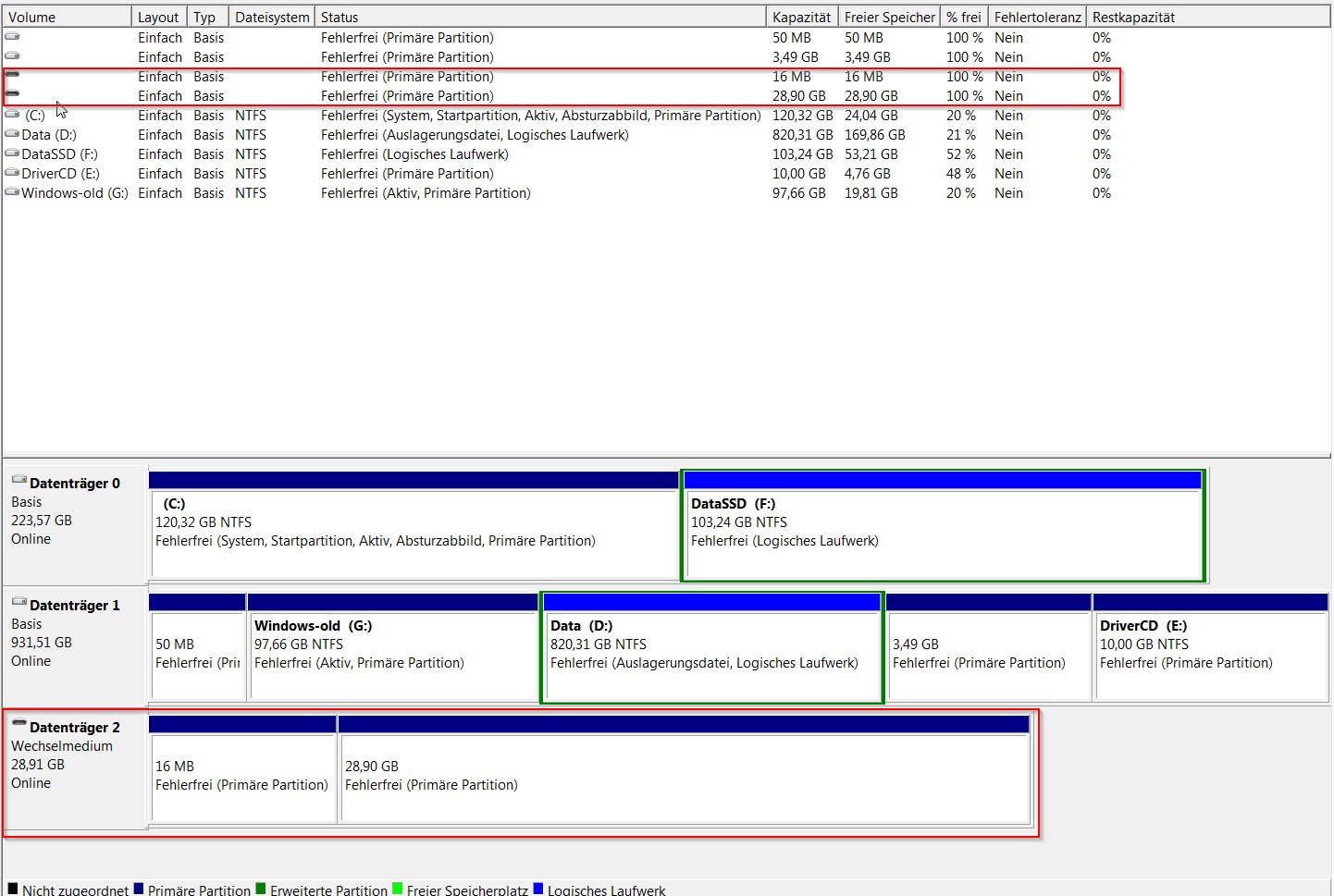 I suspect android uses an unsupported file system. But which and how can I read it from Windows?

EDIT: My phone is a Moto G3. The device is not rooted. The SD was formatted and mounted by the default Android-dialog for new SDs. I did no customization. I'm using a part of the SD card as internal storage.

Thanks for your support, nils-o-mat

The fact of using your SD card as internal storage explains your problem: partitions for adoptable storage are encrypted, so on your computer you can only see the partition but not actually read its contents, as you lack the encryption key (for details, see: How to decrypt Adopted Storage?).

As you wrote you did no customization I'm wondering why there are 2 partitions on the card xe2x80x93 and according to the screenshot, none of them reveals the file system used. By that fact (not showing the file system) I'd assume the second partition is encrypted as well.

As for the file system: Android normally uses some FAT style file system on SD cards. But if adopted, it's rather a Unix file system, most likely ExtFS (ext3 or ext4). Again something Windows cannot deal with unless you install specific software. If you want to know, use a terminal app or adb shell, and run the command mount. Watch out for the entries of your SD card there, then look at the file system column.