Screen turns on when I bump phone

I have a Moto E 2015 LTE (surnia) running Lineage OS, Android 7.1.1. Every time I bump the phone the screen turns on to tell me the time. I can't find a setting to turn this off. I couldn't find such a setting in the stock Android either.

Does anyone know if there is a hidden setting somewhere to control this? I'd be willing to build my own Lineage ROMS if that is what it took. It looks like modifying com.android.systemui will be necessary. Does anyone know how to download that code, and build that APK (perferably without building an entire ROM?)

EDIT: A friend clued me in to the fact that this is sort of standard behavior for android phones these days (it's been a while since I had one). But the question still stands. I would even be ok with some way to disable the accelerometer completely, if that's what it took.

EDIT 2: I found out that I can disable this behavior by disabling com.android.systemui. I am afraid that is a bit too drastic, so perhaps I will browse some source code to see if I can modify just that app, instead of the whole Lineage ROM. The question remains though, in case anybody knows how I would go about finding and building source code for com.android.systemui. 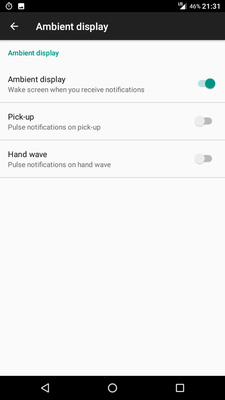 The behaviour sounds a lot like Ambient Display at work. The toggle for it should be in Settings - Display, if it exists. 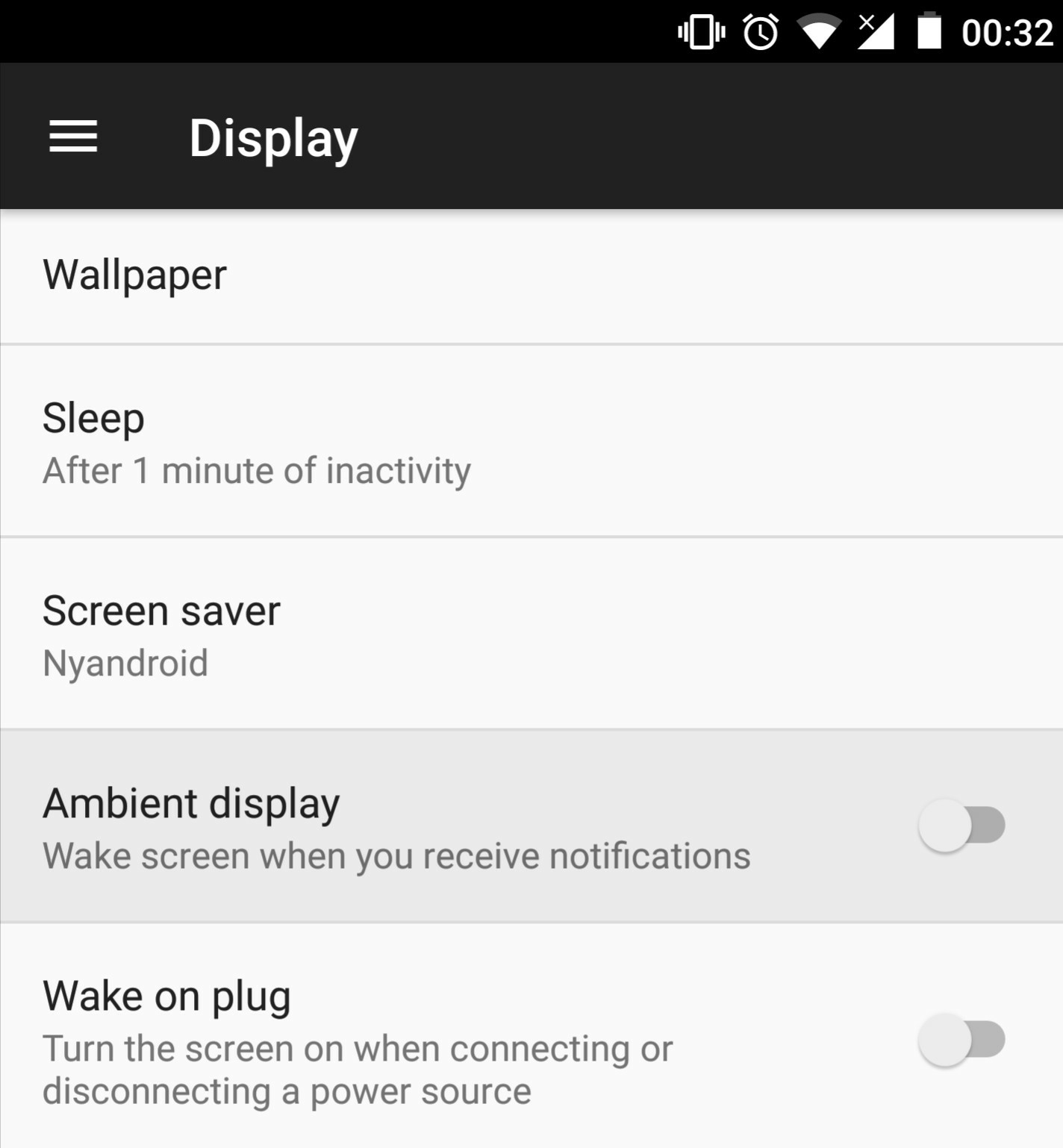 EDIT the following screenshots are from the OP's phone. Notice, the "Ambient Display" element does not have a toggle switch in the image below. 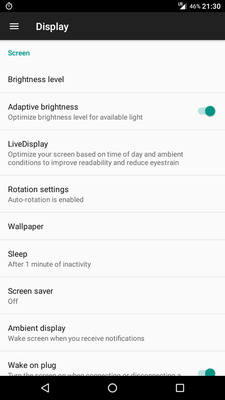 The image below is the submenu that appears upon clicking "Ambient Display".